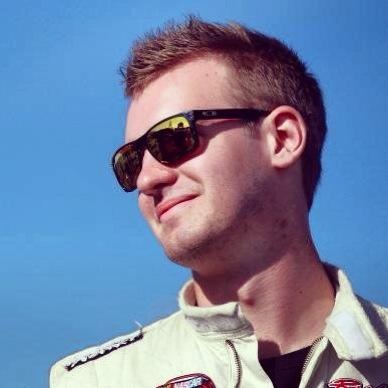 Ware will pilot the No. 55 Carport Empire Chevrolet SS as a teammate to Cole Whitt in the No. 98 Premium Motorsports Chevrolet.

“I’m really humbled by this opportunity to drive for Premium Motorsports at Sonoma Raceway,” said Ware. “A start in the NASCAR Sprint Cup Series is something I’ve always dreamed of doing and thanks to Jay (Robinson, car owner) and everyone at Premium Motorsports, they are trying to make that happen. I also really have to thank Kevin Keen with Carport Empire and KEEN Buildings, because without them, Sonoma would not be possible. Even with that, there aren’t enough words to say thank you or describe what this opportunity means to me.”

Should Ware qualify for next Sunday’s Toyota / Save Mart 350 at Sonoma, Ware will add the NASCAR Sprint Cup Series platform to his racing resume in addition to starts in the NASCAR Camping World Truck Series and NASCAR XFINITY Series respectively.

Also in 2014, Ware competed in the TUDOR United SportsCar Championship Series, where he has earned two wins in his Lamborghini Super Trofeo class, while juggling limited starts in XFINITY and Trucks.

Next weekend, Ware hopes to rekindle that road course success with Premium Motorsports.

“I love road racing,” added Ware. “I’ve been fortunate enough to compete at many different road courses in NASCAR and other series, but Sonoma will obviously will be my greatest challenge yet. If we can go there with a plan and I stay focused behind the wheel, we should have the opportunity to have a good day.”

In addition to Carport Empire, Lilly Trucking, a longtime supporter of Ware will join Premium Motorsports for the sixteenth Sprint Cup race of the season.